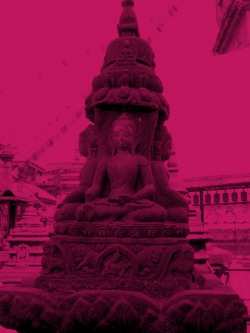 "Asshole. I don't believe even he would be that low. Are you sure, really sure?".
"Absolutely mam, Mr Tobin emailed last week and cancelled the reservation, he said he no longer come to Bangkok, and now there is no reservation, and we're fully booked. There is nothing we can do to help". The receptionist told Jenna shaking her head.
"I can't believe him, that low life scum. Wait did you say last week?"
"Yes mam, 23rd October".
"Oh great, not only does he dump me three days ago, but it was premediated to the extent that he cancelled our hotel reservation a week in advance. Fucking bastard". Jenna shouted the last bit to such an extent that the other nicely dressed hotel guests started to openly stare rather than the casual hidden glances they had given her up until this point.
"I'm sorry man, but you're causing a disturbance for the other guests, we can recommend you other hotels, if you like?

Jenna wasn't really the kind of girl who would usually cause a disturbance. Even in her haze of rage, Jenna realised it wasn't really the fault of the receptionist that her boyfriend, sorry ex boyfriend, was a cocksucking cunt. It had been an expression her friend Fay had used as she took Jenna to the airport. At which point Jenna had protested his innocence and told her he just needed space, that he'd come back, and really Fay should reserve that kind of language for people who really deserved it. But now he did. He'd broken up with her three days before they were setting off flash packing around Asia. Announcing that he thought it would be more break than make of their relationship, and that they should go their separate ways, after two years. And there was Jenna left with no boyfriend, no job and no idea what to do. And technically no where to live as she'd moved out of her flat with the idea of moving in with Rich on their return from Asia. She couldn't bare the humiliation of trying to beg for her job back after quiting it triumphantly to go travelling. And she certainly wasn't going to give her family the satisfaction of turning up at their house having made what they would call another typical Jenna bad choice, of which she had apparently made so many. So she had decided to go to Asia alone, only she hadn't thought about all the reservations being made in Rich's name, or the fact that without him she wouldn't be able to afford the level of hotel Rich had orginally booked. If she was honest she hadn't really thought much at all, where she was going to go, what she was going to see. That was always Rich's job.

"No, no, I'm fine, I'll just get a taxi. Thank you" she muttered at the very embarrassed receptionist. As she left she received lots of those well meaning, but pitying glances. She stumbled out of the hotel the doormen ushered her into a taxi and she sat there not having a clue where she was going to go.
"You need hotel, you look like backpacker, I take you to hotel, my friend owns, very good, but first we go shopping. My friend owns a shop, you'll like it".
Jenna bewildered by her situaiton and suddenly exhausted from her flight nodded and the taxi driver was off.